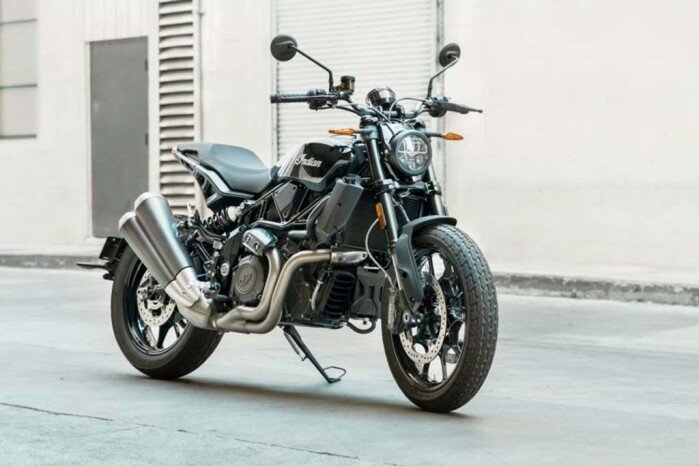 Indian Motorcycle has launched its new bike, the 2019 Indian FTR 1200. "FTR" stands for "Flat Track Racer," which describes the bike's inspiration, if not its function.

During the first half of the Twentieth Century, Indian and Harley-Davidson battled each other on the racetrack. Indian returned to Flat Track racing in 2016, and developed a new bike, the FTR750, for the effort. The race team and bike have had great success, which has led to the creation of the FTR 1200.

FTR 1200 is allew, with a new engine, chassis, bodywork and design, none of which are shared with other Indian models (nor with the FTR750 race bike). The engine is a liquid-cooled 1,203-cc 60-degree V-Twin with four valves per cylinder, closed-loop fuel injection and dual throttle bodies, tuned to produce 123 horsepower and 87 lb-ft of torque. The 6-speed transmission uses a power-assist, multi-plate slipper clutch. Front suspension is a 43-mm inverted telescopic cartridge fork, while the rear is handled by a single side-mounted monoshock, each with 5.9 inches of travel. The wheels (19-in front/18-in rear) wear specially designed Dunlop DT3-R Radial tires with flat track-inspired tread block patterns. Dual-disc brakes with Brembo 4-piston calipers are mounted directly to the front wheel, while a single disc with a 2-piston Brembo caliper slows the rear. ABS is standard.

Indian states the FTR 1200 earns 32 mpg, but we’ve seen owners who have documented an average of 36 mpg under real-world conditions. The FTR 1200 has a 3.4-gallon fuel tank with a 0.9-gallon reserve. You should be able to travel approximately 109-122 miles on one tank of gas before the reserve kicks in.

There are two trim levels of the new FTR, plus a race replica based on the upper trim level. All share the same engine, transmission, clutch and brakes. The 3.4-gallon fuel tank is under the bike's seat, while the engine's airbox is concealed behind the painted plastic faux gas tank panels. Full LED lighting, cruise control, flat-track-styled aluminum handlebars and a 2-1-2 brushed aluminum exhaust system are standard. FRT 1200's suspension is non-adjustable, while FTR 1200 S's front and rear shocks are fully adjustable.

The FTR 1200 comes with a 4-in analog gauge with a USB fast charger port, and comes in Thunder Black only.

The FTR 1200 S comes with a new customizable 4.3-in Ride Command LCD touchscreen display with Bluetooth and a fast charge USB port. It is also equipped with ride enhancing technologies, including stability, traction and wheelie mitigation control, along with the ability to disable ABS and three ride modes.

The FTR 1200 S is available in Indian Motorcycle Red over Steel Gray or Titanium Metallic over Thunder Black Pearl paint, while the Race Replica is painted in Indian livery. 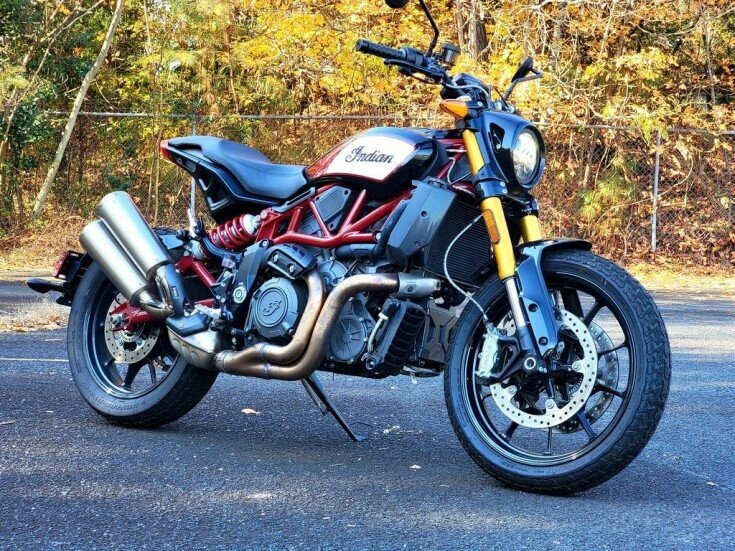 Despite its flat track inspiration, the FTR 1200 is more of a naked standard than a race bike -- which is a good thing if you want to ride it in the real world. Right from the start, it impresses with a throaty V-Twin roar. Peak torque arrives at 6,000 rpm, while peak horsepower comes on at 8,250 rpm. The torque curve is flat, so power comes on predictably and just keeps on coming through the revs. The bike is nicely balanced, and side-to-side transitions are drama-free. The unique tire treads deliver true tracking in a straight line, and great grip in turns. This is not a light bike, but its weight is very manageable at all speeds. The rich exhaust note and enthusiastic engine bring the fun. High-speed travel is stable and secure, even though there's not even a hint of wind protection in stock form. The flat seat gives some room to move around, though its thin padding starts to feel inadequate after about 100 miles into the day's ride. That's okay -- this bike isn't meant for touring, it's meant for blasting from one place to another, sharing some fish tacos with friends, then blasting on to the next fun spot. The low-fuel light comes on at about 90 miles, which leads us to believe that fuel economy is in the low 30s.

Indian FTR 1200 vs. The Competition

Though FTR 1200 is the company's first attempt to build a global motorcycle, Indian will always be measured against the other American brand, Harley-Davidson. There isn't really a bike in the current H-D lineup that matches up well with the FTR. The closest would probably be the Sportster Forty-Eight or maybe the Fat Bob. The late-lamented XR1200 would have been a closer match, but that bike came and went in 2010.

The 2019 Indian FTR 1200 is an important bike for the evolution of the modern Indian Motorcycle brand. It is reasonably priced, fun and easy to ride, good-looking enough to earn a place in most garages, and intriguingly unique and capable. It is a niche bike, but the niche may be pretty wide. Is it for you? Go take a ride to find out. 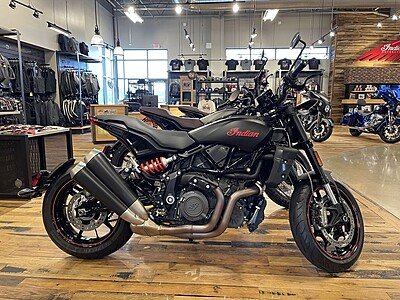 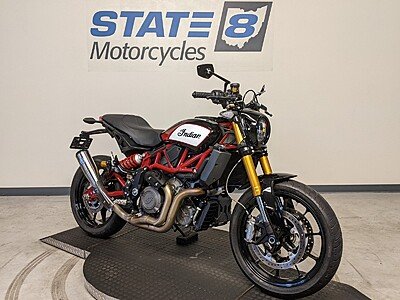 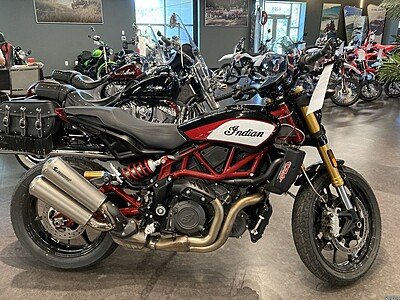 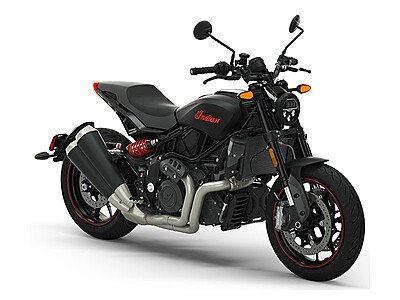 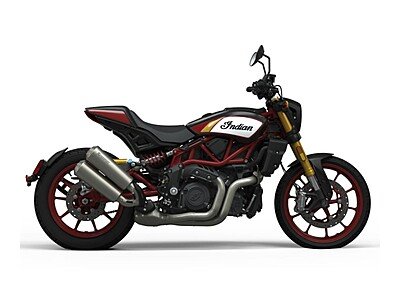 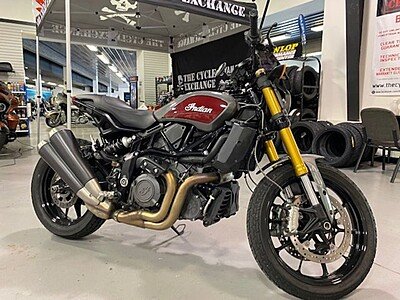 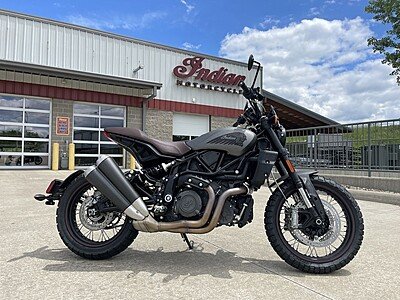 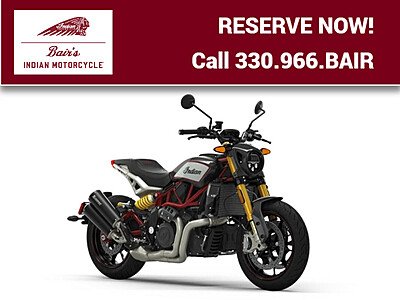 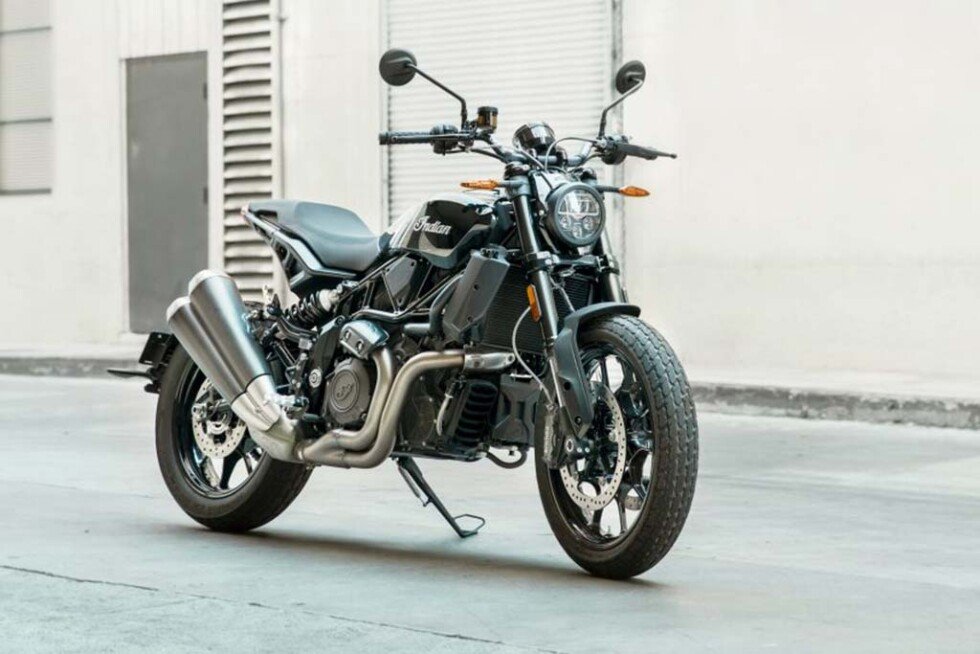