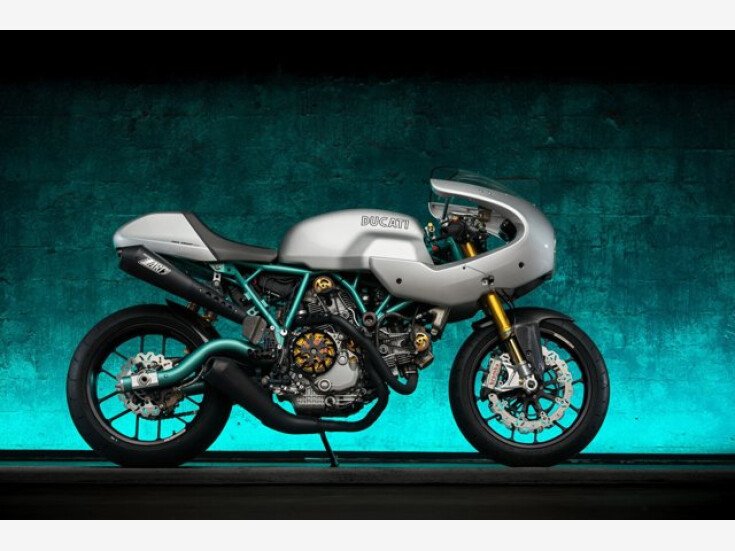 This 2006 Ducati Paul Smart 1000LE is one of 2,000 examples built to commemorate Ducati racer Paul Smarts victory at Imola in 1972. The bike is finished in silver over a green trellis frame and is powered by a 992cc desmodromic L-twin paired with a six-speed transmission. Features include a front fairing, triple disc brakes, carbon-fiber fenders, rearsets, clip-on handlebars, an hlins piggyback monoshock, and a solo bump seat with a cowl. Modifications include a Zard two-into-two exhaust system, a lightened flywheel, an hlins R&T fork, Carrozzeria forged 17 alloy wheels, Braking Wave rotors, Brembo Monobloc front calipers, a quickshifter, an NCR SportClassic oil cooler, and a SpeedyMoto clutch pressure plate and cover. The bike was acquired by its current owner in 2011, and work in 2022 included replacing the battery and performing an oil change. This Paul Smart 1000LE is now offered on dealer consignment with a clean Oregon title.