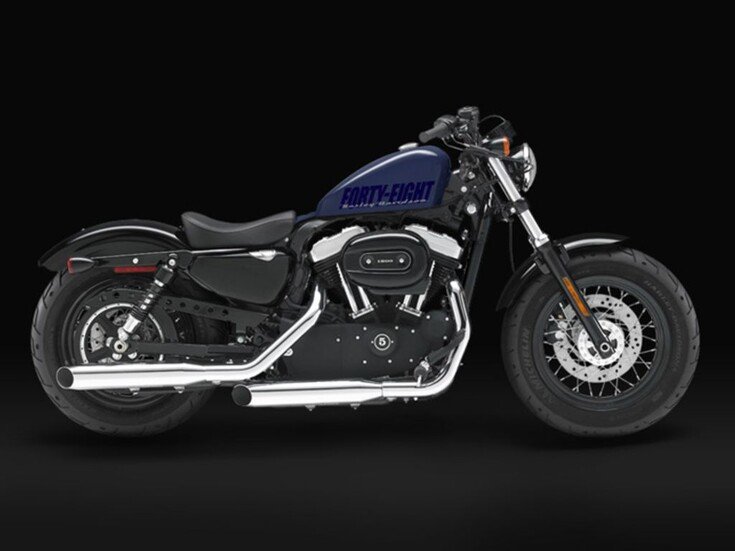 First appearing on a Harley-Davidson® motorcycle back in 1948—and providing the inspiration for the Forty-Eight® model name—the small 2.1 gallon tapered peanut fuel tank holds strong today with its traditional styling and modern attitude. A low, powerful bulldog look that gives way for showcasing more engine, the peanut fuel tank is attitude and looks all balled up into one.

The slammed black drag-style handlebar with speedo and under mount mirrors adds to the stripped down, minimal look of the Forty-Eight® motorcycle. Inspired by the way hot rod pioneers used to slam their rides, the drag style handlebar is an old school garage feature that demands a forward, aggressive riding position.

A beefy front end with a tall, fat MT90 tire gives the Forty-Eight® model a grounding visual equal to that of a 1950 Mercury. Custom rubber reminiscent of the lead-sled culture. A dominating presence up front that provides a smooth ride and solid handling.

True to the clean, fast lines of the bike, the side-mounted license plate leaves the rear fender surface smooth and uncluttered. Minimal and unique—every inch of the Forty-Eight® motorcycle is styled to perfection to achieve a raw, custom look. 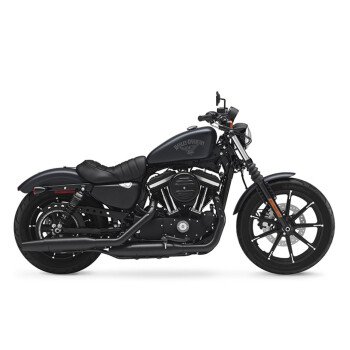 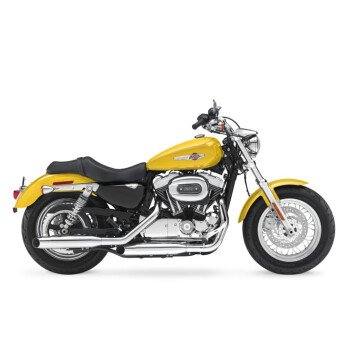 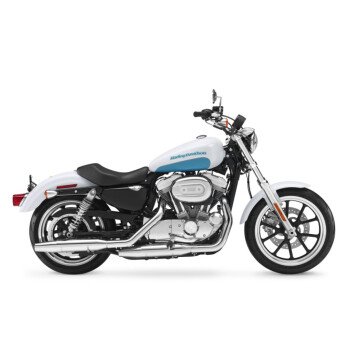 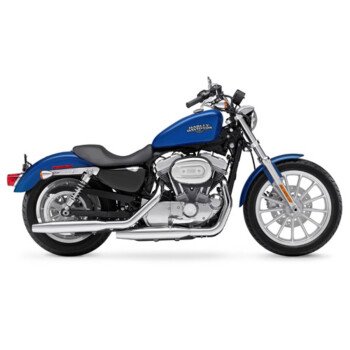