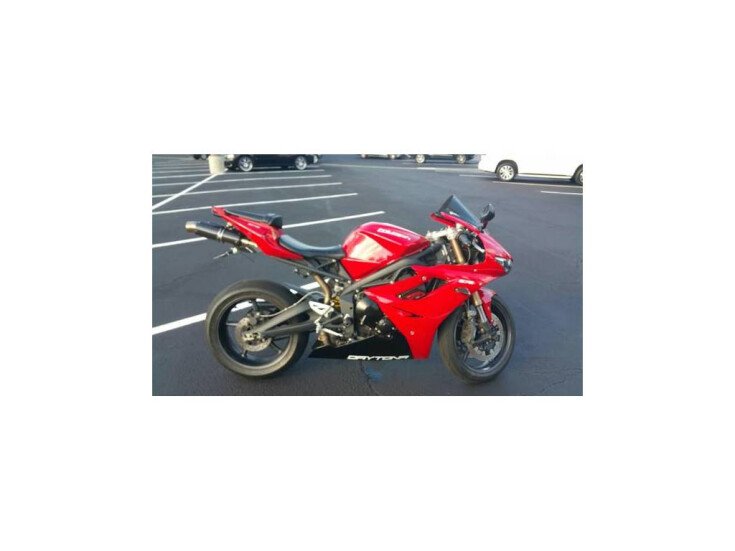 2012 Triumph Daytona 675, 2012 Triumph Daytona 675 6k miles 1 owner Perfect condition Standing alone in the 600 super sport class with its unique 675cc three cylinder engine and striking looks is the Triumph Daytona 675. The nature of the 600cc competition has placed manufacturers in a cycle of incremental refinements to track focused bikes, but Triumph has broken that wide open with the Daytona 675. The compact three cylinder engine has allowed for a very narrow chassis which improves rider feel while cornering. Despite being down a cylinder in comparison with the industry giants, Triumph s engine is putting down an impressive 124bhp and a class leading 54lb/ft torque revving all the way up to 14,000rpm. The compact chassis is complemented by fully adjustable suspension in both front and rear, and in house developed brakes that minimize fading under heavy usage. At just 365lbs, the Daytona is equipped with all the elements to be called a true super sport machine. 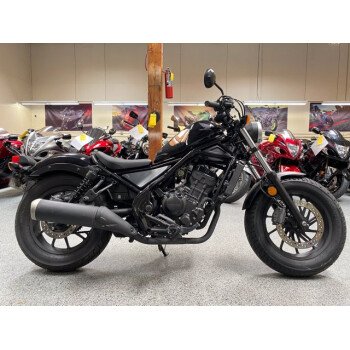 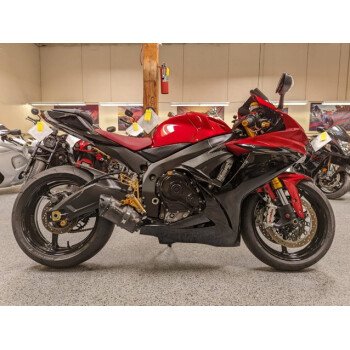 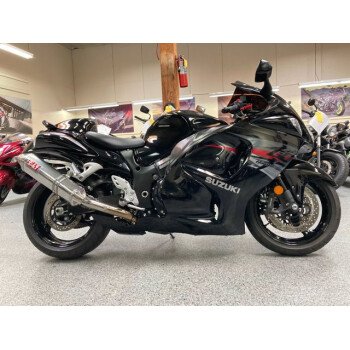