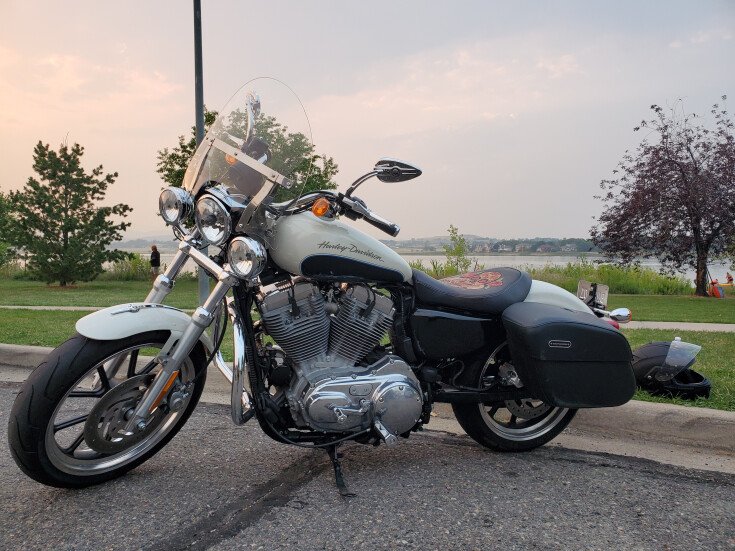 This bike is gorgeous. A Superlow Sportster 883XL that was totally tricked out by the first owner.  It is pepper white and has a custom leather seat with sugar skulls on it. Saddle bags, and roll bars. When I got it it had hardly been used. I put on less than 600 miles. I am also willing to part with 2 small top of the line harley helmits ( never dropped) and chaps. I could be convinced out of the jacket as well. This is a complete package for a smaller strong woman who is ready to learn to ride...a perfect starter bike.

I don't know much about the bike. I have only had it for a year and had it carefully couriered from Colorado to Seattle. It has been in a garage since I have owned it.  Saying goodbye due to health issues.