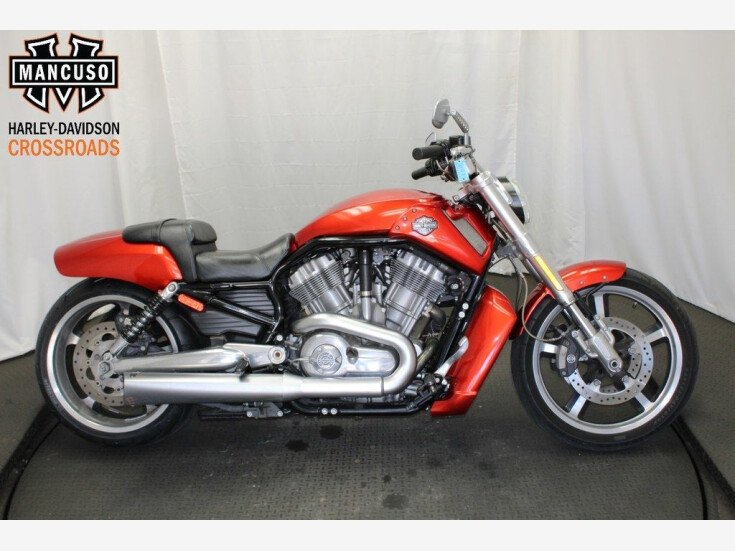 The 2013 Harley-Davidson® V-Rod Muscle® VRSCF motorcycle is full of power cruiser style, performance and ride enhancement features including a slipper Harley® clutch. The slipper motorcycle clutch (slip and assist) is a unique Harley® clutch that provides smooth, high-power handling in turns or whenever you downshift. By reducing clutch friction, the V-Rod Muscle® models’ slipper clutch helps your rear wheel at a controlled clip. The Harley® slipper clutch also comes on the V-Rod® Night Rod Special H-D® power motorbike. In addition to the slipper clutch, the V-Rod Muscle® model features satin chrome, dual side exhaust with turnout mufflers. Jetting out past the rear axle, these dominating motorcycle pipes add to the fierce, beefy look of the bike. This Harley® V-Rod Muscle® motorcycle exhaust system proves that a performance exhaust can still be a beautiful set of pipes. The 240 mm wide tire in back also enhances the fat custom look of this power motorbike. Check out another Harley® V-Rod® motorbike, the Night Rod® Special model, which is also a power motorcycle cruiser.

Take to the streets in an aggressive power cruising position. With its aluminum shell cast over steel 1-inch tubing and internally-routed wiring, this angular drag-inspired bar comes on with a clean, mean and meaty attitude. The attached triple gauge cluster—bold, sleek and easy-to-read mph, rpm and fuel gauges—is our distinct take on custom performance.

From the Strip to the Street. Harley-Davidson® has a passion for performance that is rooted in decades of racing and winning championships. So when The Motor Company set out to produce a high-powered, liquid-cooled engine, it began with the VR1000 superbike engine. Its performance is inspired by American-style, big, powerful torque coupled with high-end horsepower. The Revolution® engine is the heart of a machine that attracts a new breed of riders who are fascinated by the heritage and mystique of Harley-Davidson® and the power of a high-end street performance motorcycle.

Harley-Davidson®s Chief Styling Officer Emeritus, Willie G. Davidson, asked for a frame so beautiful it could sit in a museum. And thats exactly what the Harley-Davidson® team of engineers created. Using an innovative process called hydroforming, they were able to form unconventional angles and apply fewer welds by bending and shaping metal pipes with high-pressure water. The result: a sturdy chassis with improved rigidity. To date, The Motor Company is the only major motorcycle manufacturer to use hydroforming to construct frames.

Increased confidence. Control. High-performance Brembo® dual-disk brakes offer consistent stopping power at every leg of your journey. Plus, the optional Anti-Lock Braking System (ABS) helps reduce the chance of wheel lock-up if you need to brake suddenly. And since we hid the speed sensor, the bike maintains its clean, slick look. Performance without sacrificing style. Thats what The Motor Company is all about. The Anti-Lock Brakes are offered as a part of the Security Package (which includes the H-D® Smart Security System).

With the custom forward-mounted controls on the V-Rod® Muscle® model, you can kick back a little and stretch your legs for the ultimate power cruise through town or across the state line. Its time to take in the open road the way you were meant to—on a two-wheeled machine thats built to outmuscle the rest. 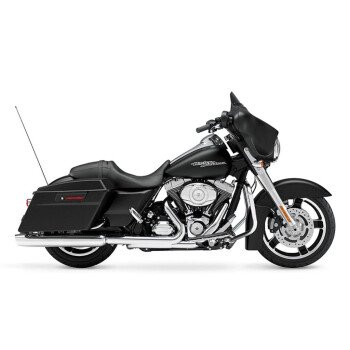 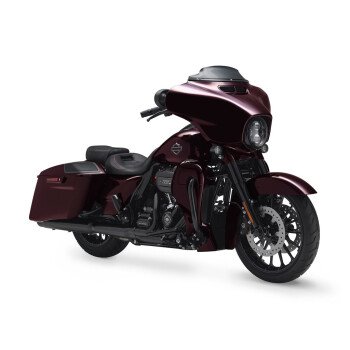 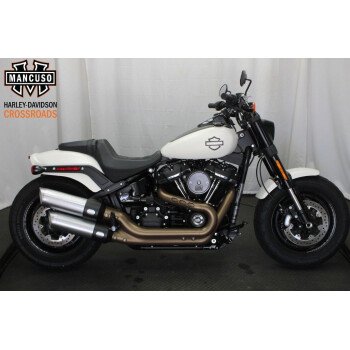 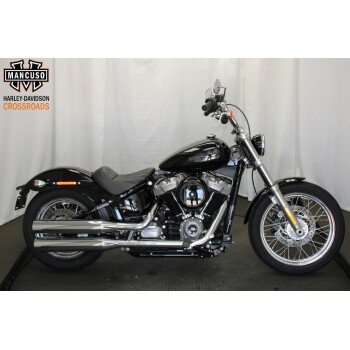