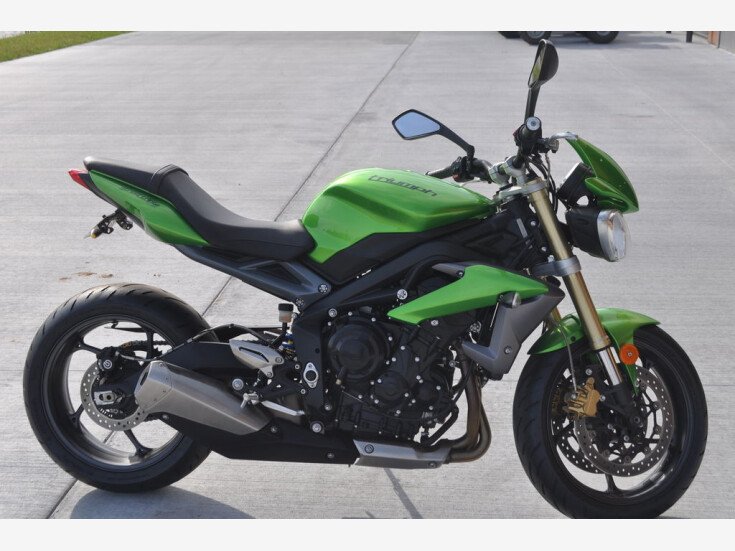 This motorcycle truly epitomises the spirit of Triumph. Agile, fun, punchy, brimming with character, up for anything and great to look at.

Its 675cc three-cylinder engine bubbles, growls and wails as you wind it up through the gears and, thanks to an all-new chassis, the handling is now even sharper and more intuitive than its ever been. And that’s saying something.

The bodywork is new too. Colours appear as sharp slashes down the length of the bike from the slender tail section to the lean-looking tank, narrow radiator side cover and the front mudguard. Neatly finished by the striking new wheel design.

You’ll find yourself using the Street Triple for anything from track days to traffic busting.

We’ve created a machine that can turn the dullest regular commute into pleasure trip.

As always, the torque curve on the Street Triple is generous from low revs to high. Staying above 43lb.ft from 3,000rpm right up to 12,500rpm so you can pull hard and instantly whatever the rev counter is showing.

And, with a maximum of 106PS and less weight than ever before, there’s more than enough for the odd thrilling track day.

The gearbox in the Street Triple has a taller first gear than before, taking advantage of the engines depth of torque for smoother urban riding.

And to keep it smooth through the gears weve fitted a gear-driven balance shaft, so your focus on long stints at high speeds isn’t interrupted by vibration.

Four valves per cylinder with double overhead camshafts is the best layout for high revs, so that’s what the Street Triple gets. Although our engineers have designed the cam timing and new exhaust to give you plenty of punch at low and medium revs for more useable power during normal road riding.

The most obvious update is the new exhaust. Now tucked tight beneath the engine it gives the tail end a lean, more modern look and lowers the centre of gravity for even better handling.

The aluminium twin spar frames styling is familiar but its a new design. Routing the intake duct right through the headstock for the best efficiency.

With the exhaust moved from beneath the seat our Street Triple team was able to fit a new, lighter cast aluminium design subframe.

A chassis this good demands exceptional suspension, so the Street Triple comes with KYB 41mm upside down forks, and a KYB rear shock with spring preload adjustability.

By making the Street Triple 6kg lighter with a 3 per cent increase in weight distribution over the front, now at 52 per cent, and with its mass more centralised, the Street Triple is now more agile and responsive than ever. The overall design gives you the stability and confidence for an incredible riding experience. The new Street Triple has a smaller turning circle than before, so it’s now better for every day manoeuvring through traffic too.

A pair of Nissin brakes are fitted at the front gripping 310mm discs for balanced and easily controlled stopping power, while a Brembo calliper and 220mm disc look after the rear. Switchable ABS is an option.

The new wheels aren’t just there to look good, theyre lighter. They come with a whole raft of benefits. Less mass means less inertia, so you get more responsive steering.

They make it easier to accelerate and slow down too. So straight line performance benefits and, with less mass to move up and down over bumps, the suspension is worked less resulting in a better ride quality and improved grip. 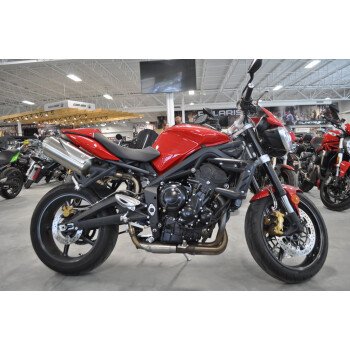 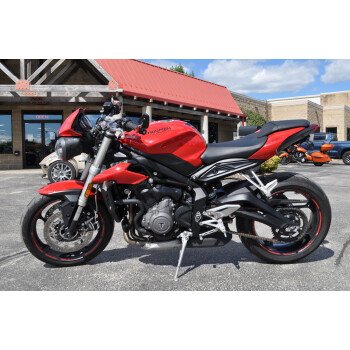 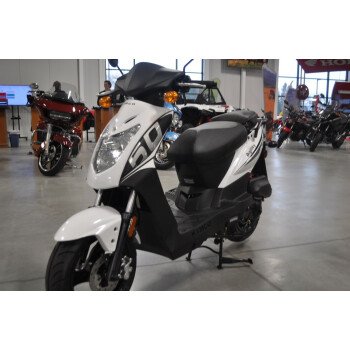 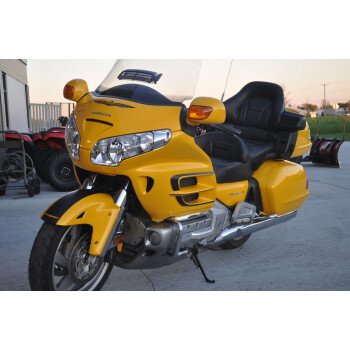