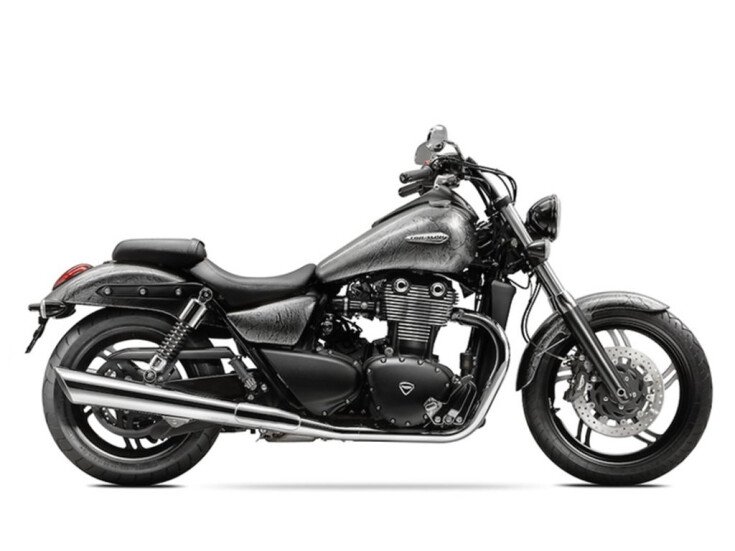 Based on our original Thunderbird, the Storm keeps the pure Triumph twinned headlights but adds a low, blacked out look thats mean and minimalist for massive street presence backed up by huge torque and confident handling.

We squeezed 102cc more from the muscle-bound parallel twin engine so that it packs an even bigger punch. Still laid-back but underpinned by serious power and the best handling in the class. This is a cruiser with a dark side.

We took the 1597cc parallel twin from the Thunderbird and boosted its capacity to 1699cc with 3.3mm bigger pistons in huge, 107.1mm bores. So the Thunderbird Storm does have a classic-looking engine that packs a mighty punch, but that power is delivered smoothly thanks to twin balance shafts.

The result of the Thunderbird Storm’s bigger engine is more power at 98PS. And an even higher peak torque at 115lb.ft right down at 2,950rpm with more torque across the rev range. So it delivers instant thrust when you twist the throttle, even at very low rpm.

The final drive is an inverted tooth belt with carbon fibre strands to give it a higher tensile strength than steel. While the pulleys have a patented ultra-hard coating that minimises wear so that the whole belt drive system needs very little attention. Its really quiet and clean too.

The transmission uses a six-speed gearbox with a tall top ratio for relaxed highway cruising and exceptional fuel efficiency.

We gave the Thunderbird Storm double overhead camshafts and four valves per cylinder, along with a very tall top ratio in the six-speed transmission for a great ride and to help the fuel economy. Even at 75mph you get almost 50mpg, as good as some commuter bikes.

We gave the Thunderbird Storm fat 47mm diameter forks with plenty of travel at 120mm. And the rear shocks are adjustable for spring preload so you can set the bike up to suit your load or riding style.

We used all of our engineering expertise in making the geometry just right, so the Thunderbird Storm steers as great as it looks. Even at low speeds. And it has to be extremely stable when going faster, yet amazingly agile when you ask it to change direction rapidly. So you get a bike that’s responsive, even in the tight, low speed manoeuvres that some cruisers make hard work of.

We wanted plenty of stopping power to match the engine on the Thunderbird Storm. So you get a pair of four-piston callipers at the front to scrub off speed in an instant and give great feedback, backed up by ABS as standard.

You get a feeling of control on the Thunderbird Storm, with forward-sited footrests and controls and wide, pulled-back bars for a spacious, comfortable riding position. Comfortable enough for much more than a quick trip into town or a Sunday spin.

And, even though the passenger seat detaches to enhance the lean looks of the bike when riding solo, its still comfortable and relaxed enough for a pillion. The high quality suspension being more than enough to keep the ride plush and stable even when there are two people on board.

We built the twin spine, steel tube frame of the Thunderbird Storm to be exceptionally stiff. Then we reinforced it with the engine itself, making it a stressed component of the chassis for even more agility. 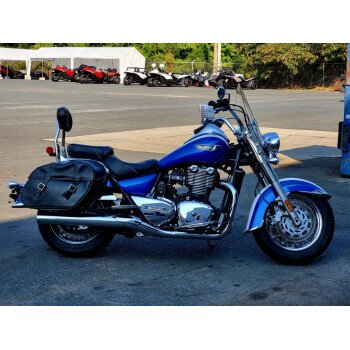 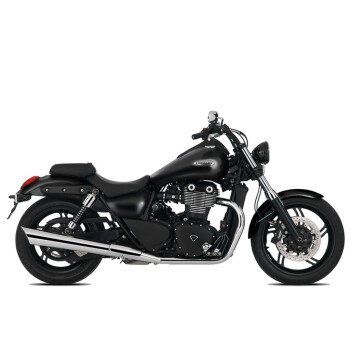 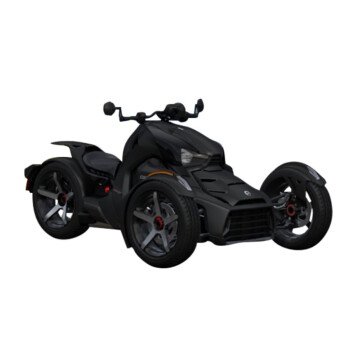 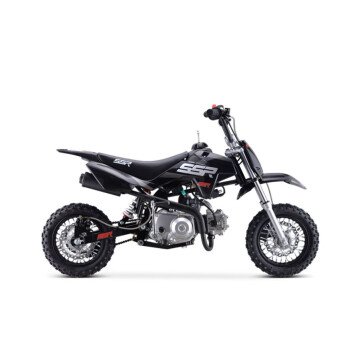