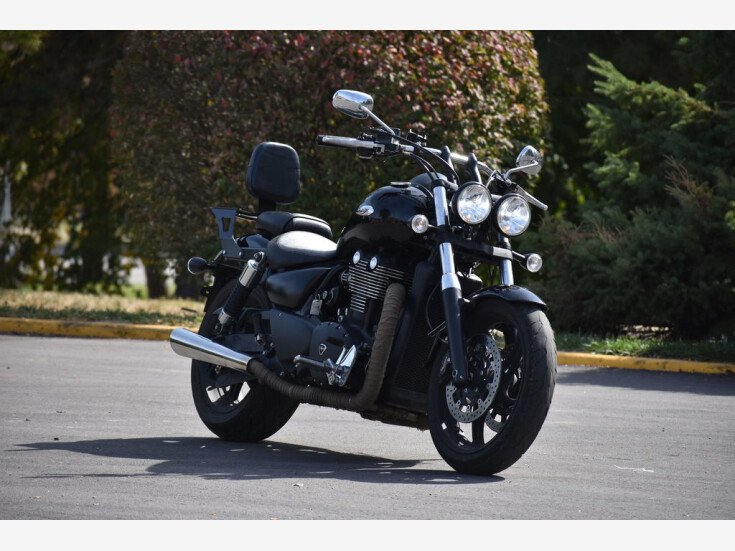 Based on our original Thunderbird, the Storm keeps the pure Triumph twinned headlights but adds a low, blacked out look thats mean and minimalist for massive street presence backed up by huge torque and confident handling.

We squeezed 102cc more from the muscle-bound parallel twin engine so that it packs an even bigger punch. Still laid-back but underpinned by serious power and the best handling in the class. This is a cruiser with a dark side.

We took the 1597cc parallel twin from the Thunderbird and boosted its capacity to 1699cc with 3.3mm bigger pistons in huge, 107.1mm bores. So the Thunderbird Storm does have a classic-looking engine that packs a mighty punch, but that power is delivered smoothly thanks to twin balance shafts.

Despite the air-cooled appearance, the Thunderbird Storm engine is liquid-cooled. We placed its radiator unobtrusively between the frame downtubes and the fat, twin exhaust headers.

And theres plenty more 21st century technology tucked away too, like our highly accurate sequential fuel injection system with its progressive throttle linkage so you get power predictably and smoothly.

The Thunderbird Storm has a big black engine with upright cylinders and machined cooling fin edges to help define its imposing shape.

Many other parts of the Thunderbird Storm are black. Including the rear springs and headlight bowls.

The final drive is an inverted tooth belt with carbon fibre strands to give it a higher tensile strength than steel. While the pulleys have a patented ultra-hard coating that minimises wear so that the whole belt drive system needs very little attention. Its really quiet and clean too.

The transmission uses a six-speed gearbox with a tall top ratio for relaxed highway cruising and exceptional fuel efficiency.

We gave the Thunderbird Storm fat 47mm diameter forks with plenty of travel at 120mm. And the rear shocks are adjustable for spring preload so you can set the bike up to suit your load or riding style.

We used all of our engineering expertise in making the geometry just right, so the Thunderbird Storm steers as great as it looks. Even at low speeds. And it has to be extremely stable when going faster, yet amazingly agile when you ask it to change direction rapidly. So you get a bike that’s responsive, even in the tight, low speed manoeuvres that some cruisers make hard work of.

We wanted plenty of stopping power to match the engine on the Thunderbird Storm. So you get a pair of four-piston callipers at the front to scrub off speed in an instant and give great feedback, backed up by ABS as standard.

We fit ABS to the Thunderbird Storm as standard. So it never loses it’s cool.

It looks lean and mean but the Thunderbird Storm has loads of equipment.

You get an on-board computer with a clock, twin trip meters and a fuel gauge, along with a neat, compact rev counter and electronic self cancelling indicators.

Typical Triumph fuel efficiency and a 22 litre tank means you can cover more than 200 miles between refills. Not bad for any bike, let alone a cruiser. 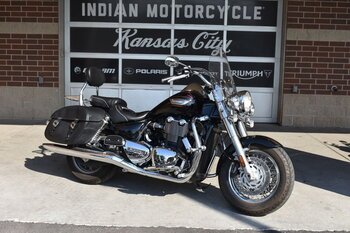 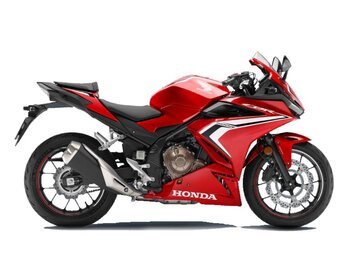 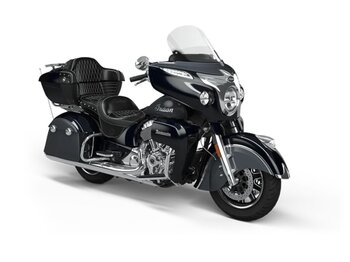 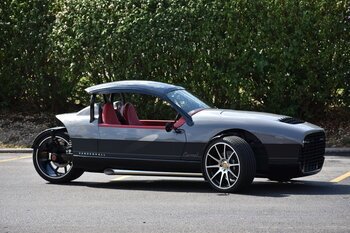