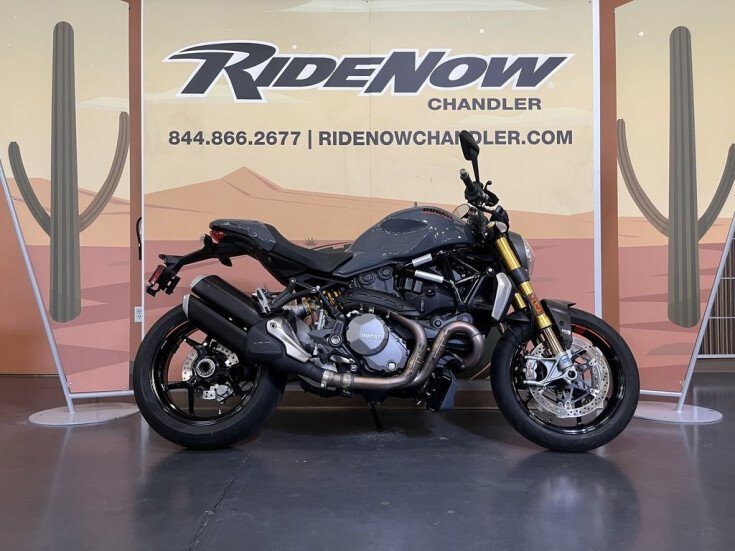 The exclusive Monster 1200 S sharpens that Monster sports performance to an even finer edge thanks to premium componentry such as the sophisticated hlins suspensions and the Brembo M50 braking system. Moreover, the Monster 1200 S features wheels with three Y-spokes and exclusive S graphics as well as a front carbon mudguard. The front headlight with the DRL (Daytime Running Light) system and LED indicators complete the as-standard features.

Ducati goes back to the origins of the Monster, with a bike which is new in both shape and substance. When the Ducati designers began work on the new Monster 1200, they took inspiration from those who had laid the foundations of the first project in 1993: the concept of the sport naked bike. The Monster 1200 is the essence of the Monster in its purest form. Volumes, silhouettes, tank and headlights are all faithful to the lines of the bike born in 1993.

When the Ducati Design Centre began work on the Monster 1200, it set itself the task of creating a streamlined bike which was compact and with a sporty character, to return to the concept of the sport naked bike. Great attention was obviously paid to the tank, now more taut and modern, the design of which was completely revised while maintaining the overall feel desired by Galluzzi in 1993. To highlight this connection with the past even more so, the fastening hanger in anodised aluminium has made a return.

The short tail, compact and with its sharp lines, supported by the steel trellis frame keeps the height-adjustable seat on two positions (795 and 820 mm) and supports the passenger footpeg plates which are now separate from the riders. This new configuration gives the Monster 1200 a sporty line and at the same time improves the ergonomics. Wheelbase and swingarm have been shortened to obtain compact proportions and significant improvements in terms of handling and riding precision.

The Monster 1200 engine is the Testastretta 11° DS twin-cylinder, 1198 cm3 with 4 valves per cylinder, liquid cooled. Euro 4 type-approved it is the structural element of the suspension set-up with coupling points for the trellis frame.

The 1198 Testastretta 11° DS breathes through the Ride-by-Wire Mikuni throttle body with oval cross-section with a diameter of 56 mm with two spark plugs for each head: the double flame front ensure combustion is completed extremely quickly which, together with the secondary air system optimising operation and reducing cyclical dispersion of the combustion without any impact on pollutant emissions, translates into a more regular distribution providing a more pleasurable and exciting riding sensation. Great attention was paid to improving engine response in terms of modulating the engine response times to the actions on the accelerator. 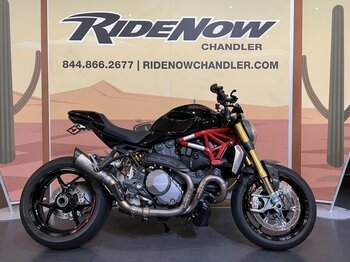 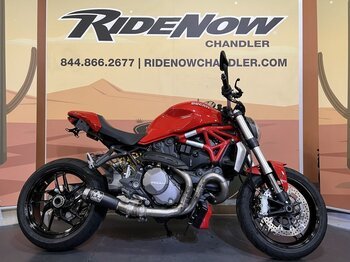 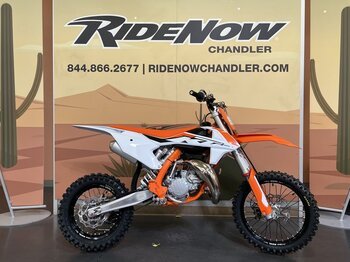