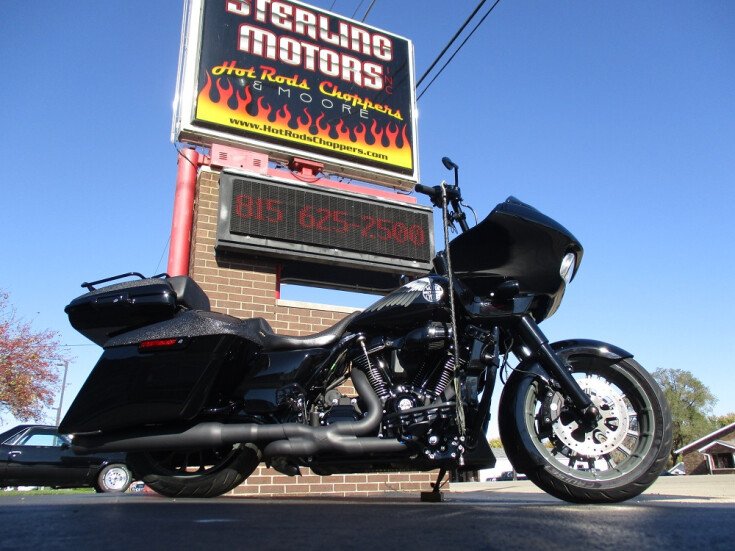 Harley-Davidson touring models featurelong haul comfort combined with power that will unleash your soul. The lineagedates back to 1936 when Harley first introduced the Knucklehead. From thatheritage grew the powerful Milwaukee Eight engine with more power to go thedistance in comfort. The aggressive looks and ride of the Road Glide Specialtake Harley’s most aggressive touring machine to an even darker place withblacked out finishes throughout. This particular example received a completeoverhaul at 13,775 miles by Southeast Custom Cycles. During its recreation the114” M8 was built up to 124 inches with what is referred to as the CVO Destroyer Package which produces 142 ft lbs, 121 hp and sounds just plain nastyripping through its Vance & Hines true dual performance exhaust system. Notonly is it faster than a CVO but it looks way more aggressive with its frontwide tire kit from Native Custom Baggers that not only looks great but also inspiresconfidence in the corners. The crazy loud sound system consists of a Sony XAVAX7000 touch screen head unit and a Diamond Audio 800 watt amp powering 8Diamond mids and tweeters. All of the lights have been upgraded to LED, thefront end was fitted with Ciro’s windshield trim that includes sequentialblinkers and the L.A. Choppers 13” ape hangers adds to its aggressive look. Youwill also appreciate the La Pera Daytona sport seat, custom grips and mirrorsas well as complete matching set of Joker Machine serrated boards, pegs andshift linkage. The Vivid Black paint has been adorned with an awesome eaglewing graphic that compliments the dual 18” Steel Ceramic Talon wheels. It has aCVO style low profile tank console with a flush pop-up gas cap as well as a CVOair breather. You will also appreciate the Arnott black smooth rear air ride,the quick release low-profile tour pak and the fact that both the Speed ByDesigns bag lids and the tour pak lid have been professionally coated with bedliner that not only looks great but provides tons of protection. The end resultis a custom bagger that not only is absolutely stunning to look at it but isalso an absolute blast to ride! 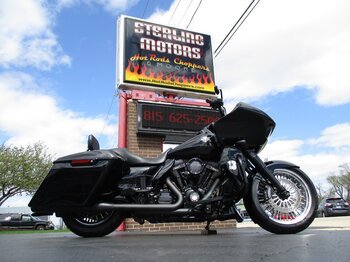 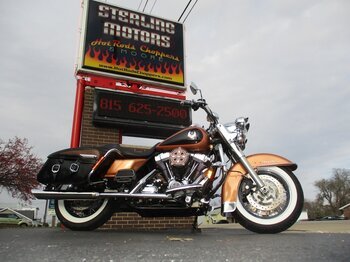 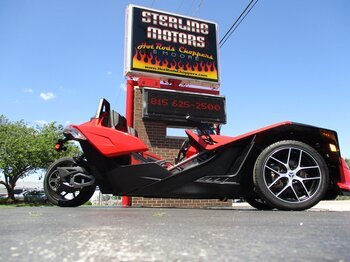 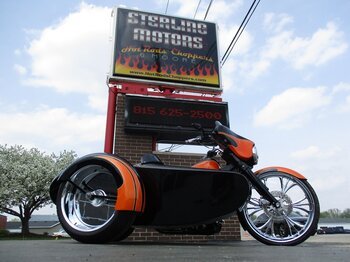