Street Motorcycle for sale by Fox Powersports in Wyoming, Michigan 49509

Once in a generation a motorcycle comes along that literally changes everything, that sets a new benchmark in every way power, weight, handling and looks.

The all-new 2017 Street Triple line up is without doubt the most exciting, dynamic, agile and intuitive performance street bikes we’ve ever made. Whether you’re looking for an addictive everyday ride or a full-on track weapon, with three options, the new Street triple S, R and RS delivers it all. Each come with their own unique tailor made level of power, performance, technology and suspension. All backed up by Triumph’s legendary capability, confidence and agile control.

Building on the Street’s well-earned reputation for its quality, character and style the new generation delivers more in every way. With a new higher capacity ‘Daytona’ derived 765cc triple engine for more power, performance and torque, delivering up to 123PS peak power at 11,700 rpm, an increase of 16% on the previous generation . Combined with more state-of-the-art technology, sharper styling, a more aggressive and athletic poise and the highest specification suspension, chassis and tyres ever.

Whether you’re taking on the city streets, seeking the perfect line in the twisties, or hitting apex after apex on a race circuit - the revolution starts here.

The range topping new Street Triple RS is the most explosive and adrenaline charged Street Triple we’ve ever built. At home on the track, and a weapon on the road, it literally tears up the rulebook and sets a whole new standard.

Developed from the celebrated race bred ‘Daytona’ engine, the new 765cc Street Triple engine delivers a significant step up in power and torque. With more than 80 new parts including an increased bore and stroke, new cam, pistons and Nikasil plated aluminium barrels, the result is a spectacular advance in performance, particularly low-down and in the mid-range.

Each of the new models come with their own unique 765cc engine set-up, ECU and tune, each tailored to deliver the character, power and performance best suited to the bikes style of ride and rider.

The new Street Triple RS engine delivers the highest level of power ever for a Street Triple, making it the ultimate performance street motorcycle.

Dealer Disclosure
Advertised pricing excludes applicable taxes title and licensing, dealer set up, destination, reconditioning and are subject to change without notice. Pricing may exclude any added parts, accessories or installation unless otherwise noted. Advertised pricing includes all applicable offers. Not all options listed available on pre-owned models. Pricing is subject to change without notice- call or email store for current price. Contact dealer for details. 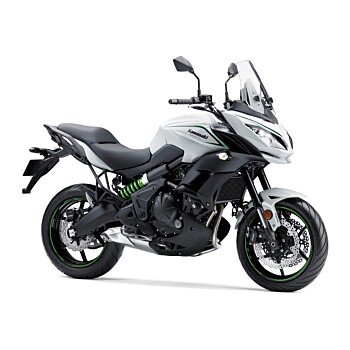