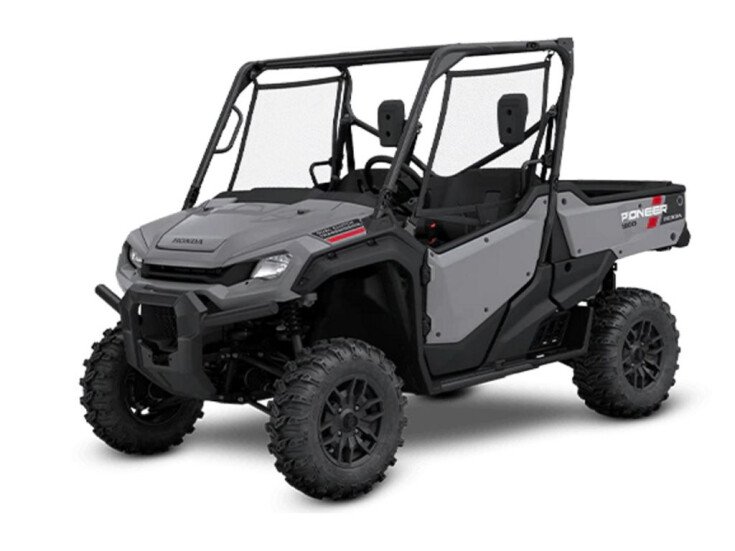 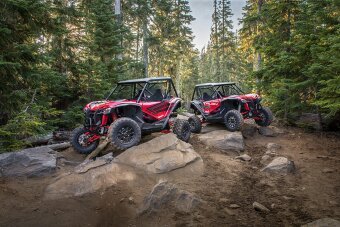 Maybe you want a side by side for work. Maybe it’s for play. And maybe it’s for both. But one thing’s for certain: Honda’s Pioneer 1000 lineup is the cream of the crop. Best of all, this year they’re even better with the addition of our new Forest and Trail models, plus some major upgrades throughout the entire line.

First, we now have four offerings in our three-seat lineup: the Pioneer 1000, the Pioneer 1000 Deluxe, and the new Pioneer 1000 Trail and Pioneer 1000 Forest. Plus, all Pioneer 1000 models now offer more power from their Honda Unicam engines, a new instrument panel, new, larger cupholders, upgraded tires and wheels, new Electric Power Steering, new graphics and front-grille design, and much, much more. And some even offer new under-dash and under-seat storage as well, and a new bed light. And remember, if you need more seating, just check out our five-seat Pioneer 1000-5 models. No matter which Pioneer you choose, you’ll be getting Honda legendary durability, quality, and reliability too.

The Pioneer 1000 Deluxe, Trail, and Forest all showcase our exclusive i-4WD system. Think “I” for “Intelligent,” because that’s exactly what it is. An industry-first brake-traction control system for side-by-sides, it simplifies operation, increases drivability and optimizes traction. Using proven, advanced technology from the Honda automotive division, you get the benefits associated with a locked front differential with none of the downsides. That means it maintains front-wheel traction even if one wheel wants to spin on ice or mud or if it’s in a hole. But at the same time, you get the lighter steering, better tracking at high speeds, tighter turning radius, and reduced kickback associated with unlocked front differentials.

We’ve boosted the engine power in our entire Pioneer 1000 lineup, especially in the midrange and top end. The improved acceleration and overall performance is noticeable, magnified by this year’s new lower gear ratios. Using the same Unicam® cylinder head design found in our motocross bikes, the class-leading 999cc liquid-cooled inline twin is more compact, and it still delivers the kind of horsepower and torque you’d expect from a flagship model.

Prepare to go further than ever before. Our refined chassis enables you to tackle terrain others would shy away from, with larger tires, long-travel independent front and rear suspension and huge ground clearance. The rubber mounted engine and exhaust system insulates against excessive vibration.

There are a ton of reasons to buy a Pioneer 1000. Among them: the half-ton hauling capacity. And when it comes to dumping, we’ve made it easier than ever, with a hydraulic assist tilt bed lever that can be accessed from outside the vehicle, or right from the driver’s seat. 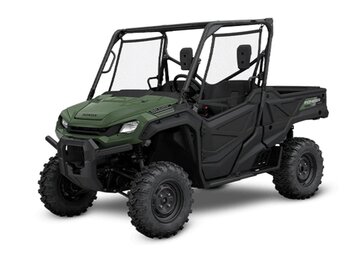 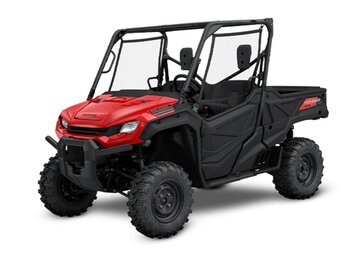 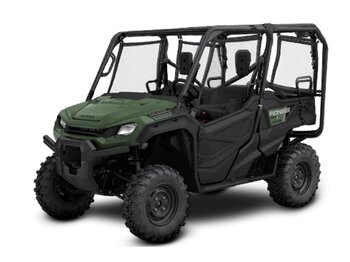 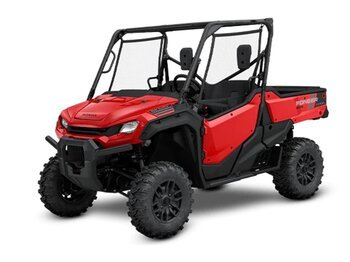